The Weather Outside Is Frightful!

1550 to roughly 1850 was a period of extraordinarily cold temperatures as well.  Called the "Little Ice Age," it sparked many a famine across Europe and likely exacerbated class and social tensions that resulted in riots and even the infamous witch hunts.

Early modern Londoners were fascinated by this extreme weather and, especially, the freezing of the Thames.  Indeed, fairs and feasts were held on the river once it was frozen!

Check out some of the celebrations of cold weather and the frozen Thames below.


1) A 1683 broadside printed on the frozen Thames to memorialize the death of Charles I. 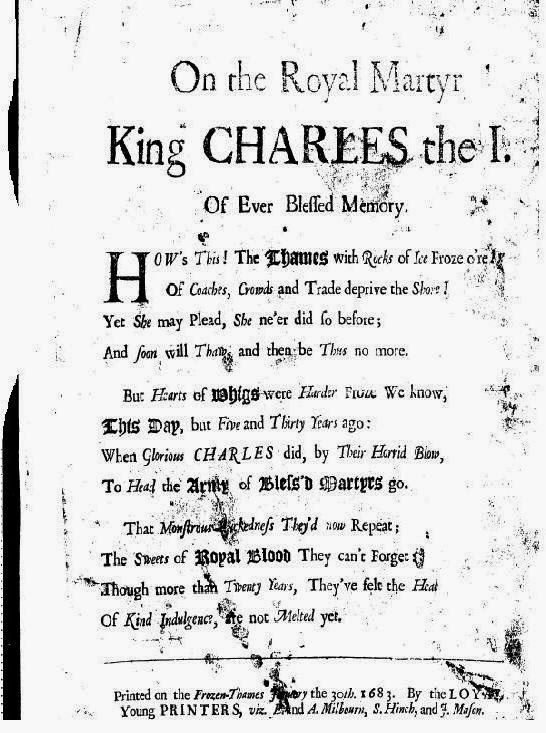 2) Also from 1683, this ballad about the frozen Thames is amazing.  I tried to hum it, but it went very poorly. 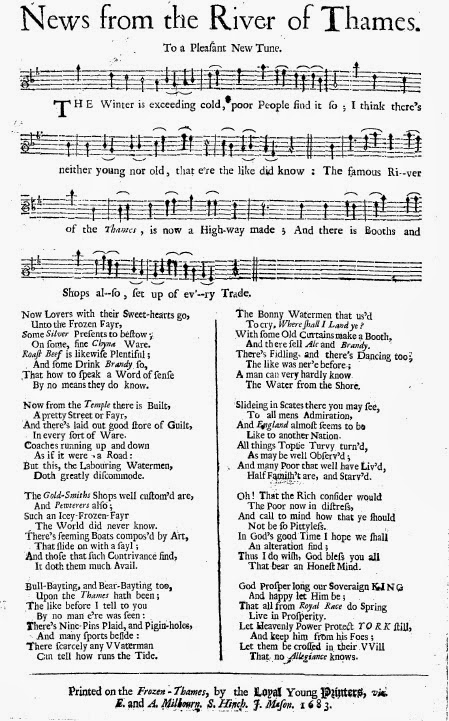 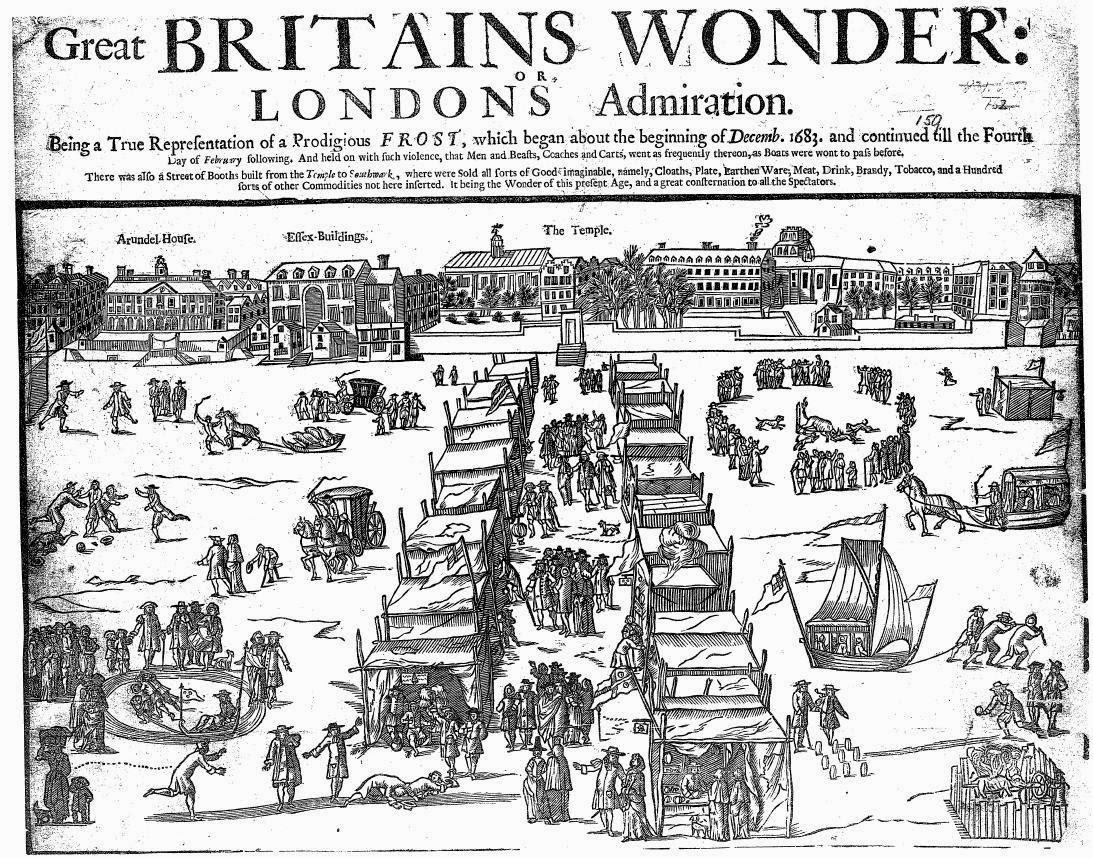 4) This eyewitness account of 1688's winter celebrations on the Thames from The Beautise of England and Wales 10, pg 83:

“On the 20th of December, 1688, a very violent frost began, which lasted to the 6th of February, in so great extremity, that the pools were frozen 18 inches thick at least, and the Thames was so frozen that a great street from the Temple to Southwark was built with shops, and all manner of things sold. Hackney coaches plied there as in the streets. There were also bull-baiting, and a great many shows and tricks to be seen. This day the frost broke up. In the morning I saw a coach and six horses driven from Whitehall almost to the bridge (London Bridge) yet by three o'clock that day, February the 6th, next to Southwark the ice was gone, so as boats did row to and fro, and the next day all the frost was gone. On Candlemas Day I went to
Croydon market, and led my horse over the ice to the Horseferry from Westminster to Lambeth; as I came
back I led him from Lambeth upon the middle of the Thames to Whitefriars' stairs, and so led him up by them. And this day an ox was roasted whole, over against Whitehall. King Charles and the Queen ate part of it.”

5) Care to celebrate the art of printing while on the frozen Thames?  That's what they did in 1744! 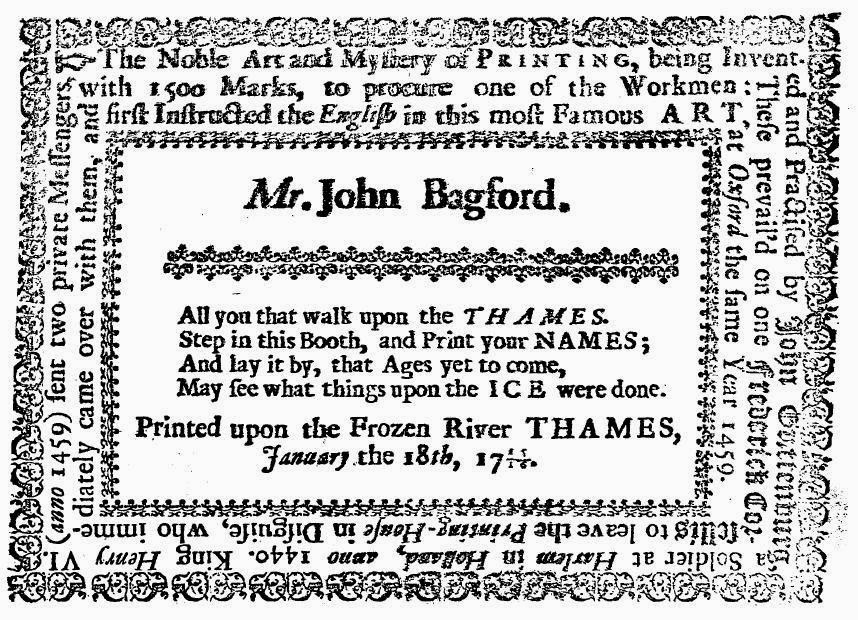 Think living in that winter wonderland would be fun or miserable?  Let me know what you think here or on twitter @medhistorian
Posted by Samantha Sandassie at 16:21